Volume II in the Bradamante and Ruggiero Series 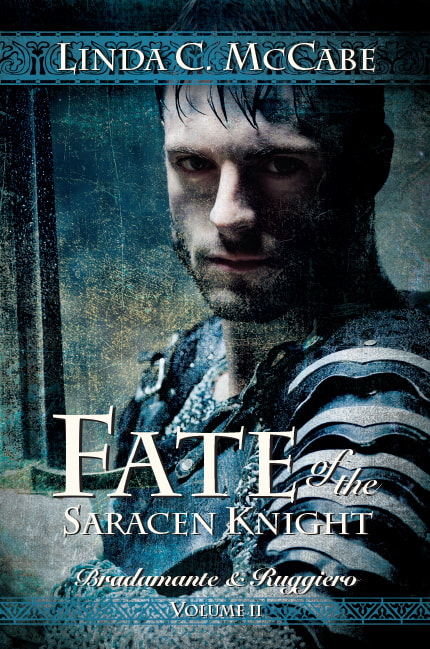 Love binds them. Duty divides them. Victory hangs in the balance.

Frankish Empire, 802. Saracen knight Ruggiero is torn between love and honor. Though he vowed to convert and marry the Christian warrior Bradamante, he refuses to back out of his pledged service — even if that means returning to war against the woman he loves.  But if he's not able to secure release from his oaths, he knows he'll lose her forever….

Fate of the Saracen Knight is the thrilling second volume in the Bradamante & Ruggiero historical fantasy series. If you enjoy epic journeys, rich descriptive detail, and forbidden passion, then you’ll love this enthralling tale.

“History and fantasy fans will find Fate of the Saracen Knight hard to put down, replete with insights on the effects of war, ideals, and duty on love; the ripples of discord created by threats of infidelity and battle; and the fate of two star-crossed lovers who aren't just manipulated by fate, but used to taking destiny into their own hands by force, if necessary.” — D. Donovan, Senior Reviewer, Midwest Book Review